Module 4:  A festival of the Word
and a deeper understanding of the Beatitudes and The Last Anointing 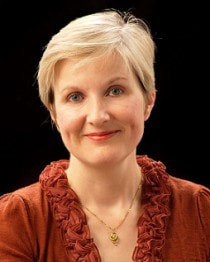 Dr. Barbara Hoos de Jokisch has been training and coaching breathing, speaking, and singing for thirty years.  She teaches classical singing and voice methodology at the University of the Arts (UdK) in Berlin; she also works privately with people from all walks of life for whom voice and speaking play an essential role in life, helping them find their authentic voice, unfold the power inherent in their speaking, and thereby also nourish the community of people around them. Her tried and tested empathy in the interactions between body, breath and voice has led her to develop her coaching concept ‘voice and personality’.
​
Before launching a successful solo soprano career in Germany and Mexico, Barbara had studied anthroposophy and theology at the Free Youth Seminar and the Priest Seminary of the Christian Community in Stuttgart and received degrees in instrumental and voice pedagogy, high school music education, and German literature at the UdK, where she also wrote her doctoral degree.  Her dissertation, Die geistige Klangvorstellung (The Spiritual Imagination of Sound), is in print; her book of practical voice exercises, Die sieben Grundelemente der Stimmbildung (The Seven Fundamental Elements of Voice Training), will be translated into English soon.
​
“When we use our voice in a sound way, we contribute to health, well-being and joy of life – for ourselves and our fellow-humans. Through our voices, as teachers and priests we can shape body, soul and spirit of our students and the members of our parishes. Training breath and voice is always possible – and part of our social responsibility.”
by Sonnya Holtz

Themes for Module 4 were as follows, and each activity and presentation took up one of these themes: The Word, The Beatitudes, and A Deeper Understanding of the Last Anointing. We began on Friday evening with a most interesting and entertaining introduction by Barbara of herself, followed by a talk from Michael about the Beatitudes.

The Beatitudes: These are 9 statements made by Christ to his disciples, during what is known as the “Sermon on the Mount”, described in Matthew 3. Each of these 9 speak to every human being. If we try to puzzle out the words as written in the original Greek, we can get nuances and richness of meanings that are not present in the ‘normal’ King James translation. We were given expanded translations, for example “blessed” includes an element of expansion, as well as an abundance (of God’s good favour). In each Beatitude is found a way for each human being to strive towards a spiritual quality out of the powers imbued within themselves. In Michaël’s workshop we did a guided artistic activity centred around one Beatitude for which we drew different aspects on light and dark coloured papers. The creativity came in the colours we chose in which to complete the work. Each of us was given one Beatitude and was guided in the process of creating a shape corresponding with that aspect of the whole human being associated with the Beatitude. Our two images spoke to the two parts of each Beatitude: a condition within, and a blessing coming towards us.

Reingard started us with a partnered listening-and-speaking exercise in which we could freely share our thoughts about death and dying. It was an interesting feeling that the other person was there only to listen to what I was thinking, at that moment, and not listening to counter, or exchange views. Later, we tried to work towards an understanding of the Sacrament of Last Anointing through an artistic recall of important moments in our lives connected with an ever-enlarging field of consciousness, as we progress through life. This we did from one end of our life, and then turned the page around and drew the same, hypothetically, from the other end. This paper could be held up and curved to illustrate that death is also a birth; that death and birth are similar. This was further illustrated when we blew bubbles outdoors and observed that reflected in each bubble was the world, the world upside down. We could observe both at once, which was helpful in thinking of the earthly world mirroring the spiritual world, birth and death, night and day. With Reingard we spoke about the work that is done during the night as opposed to the day, and what stays behind when we are born into the physical realm versus what stays behind when we awake from sleep. The beings that accompany us have their particular tasks as well. All aspects of our earthly lives have a bearing on what we will be able to experience in the spiritual world and is reflected back to us when leaving the physical world behind at death. The Last Anointing has its place at this threshold and is designed to help prepare us in meeting our reality of the spiritual world after earthly death.

Barbara ran a workshop with us in which were allowed to ask the Voice Fairy our particular question before beginning exercises in response to our questions. We began by listening to ourselves breathing and working with energy-giving and energy-taking ways of breathing and speaking. ‘Normal’ is not the same as ‘Natural’ when it comes to breathing, and we dived into making many varied noises, sounds, and notes as we explored our body as an instrument requiring the proper posture and tension. We learned to picture ourselves as a rocket, and to use the power of our breath to propel our words efficiently.

A Close of Day service rounded off each day, with singing, and with a closing thought from the priests.

Early on Sunday we met in the church for a guided meditation during which Michaël read the Beatitudes, one by one, along with an accompanying interpretation, over the course of one hour. This was quite profound and joyful for me as I was allowed to just follow the thoughts that came in response to the readings in the pauses between.

This was followed by the Act of Consecration of Man, and time with the rest of the community. Thereafter, Barbara gave a talk in which she spoke of aspects of her work with voice and speech. She took us into vast realms by inviting us to think about the Logos – “In the beginning was the Word” – and the relationship between breath and word, Inspiration and Expiration, Matter and Spirit, Memory of Creation and Word, and about our connection with the spiritual world. Her three questions to ask of ourselves regarding speaking are:

To finish off, Reingard spoke about some of the Sacraments of The Christian Community in the context of an orientation in life: Baptism and Confirmation, The Sacramental Consultation and then the Last Anointing. The priest is the witness to this life and is there to strengthen the person’s work and intention through the Act of Consecration (Communion). The priest’s vestments, the words and gestures over each eye and the middle of the forehead were described, as well as the properties of consecrated oil used during the Anointing. As far as possible the participant is accompanied and carried at this threshold from where Christ becomes the guide and power going forward.

Michaël closed the course with a gift and a seed for the future, in the form of our drawings, the Beatitudes copied out, and a question as to next year’s theme.

One last Close of Day with a beautifully sung rendition of “Amen”, as well as an African song by the Botswana participants, sent us off full of gratitude for this really excellent and rich module.
Copyright © 2012 to 2021. | All rights reserved.