Module 1:  What key unlocks meaning in every aspect of life?
Looking in this first module at Unlocking the Open Secret – The Basics … through the message of mineral manifestation on the surface of the earth

by John-Peter Gernaat
​
The format of the modules in 2020 has changed. The Friday evening will be open to anyone and will consist of a talk that lays the foundation for the work of the weekend. The rest of the weekend involves exercises, working alone often, with some group work, to come to a personal understanding of the theme.

The Friday evening talk by Rev. Michaël Merle introduced the physical world of minerals. The foundation of minerals are the elements of which they are composed. Understanding elements requires a look at the Periodic Table. The Periodic Table was constructed so that it would be possible to record the elements that occur in nature. Pure elements consist of atoms of a specific kind. All atoms have a centrality and a periphery of movement. In this periphery are the electrons of the atom. These electrons are everywhere until we choose to measure them, then their movement collapses onto a single place. However, this place where we find the electron is entirely random and unpredictable. The centrality is the nucleus which is made up of protons and neutrons. By counting the number of protons we can determine which element we are studying.

The earth on which we walk – the outer layer of the earth, called the crust, has silicon (Si) as one the most common elements – in fact, second only to oxygen. (As a side note: the earth’s crust consists of oceanic crust formed deep under the oceans through volcanic activity and moving towards the continents; and continental crust, on which we walk. Continental crust is lighter than oceanic crust.)

Pure silicon was not known until 1823 because silicon has a high affinity for oxygen and occurs naturally as silica (SiO2). Hence silicon is the second most abundant element comprising the earth’s crust as there are at least two oxygen atoms attached to every silicon atom to make a silicate. Natural forms include pure quartz and man-made forms include pure glass. Silica is a tetravalent metalloid.

What is the human relationship with silica?

The fixed stars also provided a gift to the earth. Their gift was the gift of silica. The gift of the fixed stars is the ground on which we walk. In Genesis 22: 17 the Angel of Yahweh stops Abraham killing Isaac and makes a promise that the seed of Abraham will be numerous as the stars in heaven and as the sand on the seashore. With this link of stars and sand (silica), the understanding of the Babylonian civilisation has made its way into the understanding of the Children of Abraham. This crust of the earth on which we walk, consisting of silicates, was the gift of the mighty beings of the fixed stars.

There are three main types of silicates in the earth’s crust:

​The first are the feldspars. 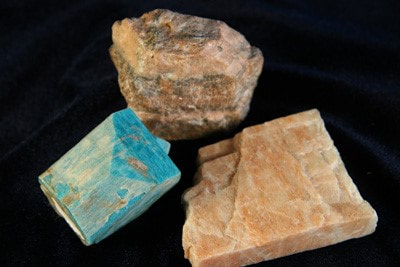 University of Minnesota’s Mineral Pages: Potassium Feldspar
Their mineral composition ranges from potassium-rich to calcium-rich to sodium-rich ((KAlSi3O8 – NaAlSi3O8 – CaAl2Si2O8). They make up about 41% of the crust on which we walk.

The second is quartz with various elements included in the mineral structure of the quartz.
The third are the pyroxenes (pyro = fire; xene (as in xeno) = stranger) of which the most common is peridotite. 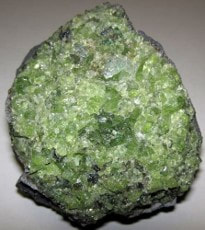 Peridotite mantle xenolith
The stones of the earth reflect certain qualities. We find twelve different stones on the breastplate of the High Priest. This breastplate is the outermost vestment of the high priest. These stones sit as an outer crust on the living body of the high priest. We read again about these twelve stones when they have been transformed from the outer crust to the foundation of the New Jerusalem in Revelation. The twelve stones that are described in scripture make up the outer crust of the earth; unlike diamond which is derived from deep within the earth. What we walk on becomes the foundation on which we can build.

There is a great variety of colour and beauty in silicates produces by the inclusion of other elements. As an example there are three principle greens:

Magnesium in the silicate structure produces olivine or peridot – a light olive green:

The first is Jasper which is speckled (iaspis in Greek means speckled) consisting of haematite flecks in a green substrate also known as heliotrope (sun turned stone) or bloodstone.

The second is called sapphire in scripture. However, sapphire as we know it – an aluminium oxide and not a silicate – was unknown in the ancient world. The word in Greek (sapphiros) as literally ‘blue stone’. The most common and precious blue stone in the ancient world was lapis lazuli which is a feldspar and therefore a silicate. 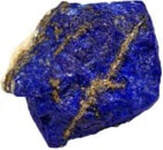 We can study each of these stones and learn something about them, the individual silicate we are studying, and at the same time learn something about all silicates. We can gain insight into their general essence and their specific essence. These stones were seen as great gifts by the Babylonians, and they have inspired our imagination through the ages. Our relationship began by admiring the quality the stone brought. We placed these stones before us and admired them. They spoke to us, i.e. they were prophetic. We placed them on the breast to cover the heart in the time of the ancient Hebrew in the form of the high priestly breastplate. They adorned the priestly function of the priest. Later, in Europe, these stones were moved to the golden crown and reserved for kings as representative of the power of kingship. These stone were on the ground (as an expression of will forces), on the breastplate (as an expression of feeling) and on the crown (as an expression of thinking). We have beheld them in these three forms.

Michaël concluded his talk by reading an ancient Persian legend related to the magi and the Christ child – thus combining the three gifts of gold, frankincense and myrrh with thinking, feeling and willing, and also with kingship, priesthood and prophecy.

​​In reviewing highlights from Friday evenings’ talk, it was mentioned that the semi-precious stones discussed on Friday evening originated in the crust of the Earth, then were ‘raised’ by being placed on the breastplate of the Priest (the heart space), and later on were placed in the crown of the King (the head space). We also read about the stones forming part of the foundation of the New Jerusalem, and that the New Jerusalem descends from the Heavens above down to the Earth. This implies that the stones undergo a full circle and a transformation from the Earth’s crust, through the Prophet, Priest and King and a spiritual transformation, to become part of the New Jerusalem which descends to Earth, as the beginning of a new cycle and a new possibility on Earth.
​
The poem “On This Island” by W H Auden was offered as a guide to support us in engaging with the stones for our personal discovery.
​The four steps to our practical work during this module are noted in bold in the poem above. We followed these steps to gather in small groups around six of the twelve stones recognized by John in Revelations, to discover for ourselves in silence what might arise from within. Further clarity about the four steps are given below.
​
These four stages describe what may be called a Goethean process. This is what Johannes Wolfgang von Goethe did when he went into nature. What he saw in nature by observing through the steps of this process allowed him to see more than the casual glance generally given. He then started sharing his insights into nature that were most significant and important.
Each participant was invited to more than one sitting with the stones to experience this process first at an entry level, and thereafter at a deeper level. For each of us the question that arose is also a quest and a journey to a wider destination where we’ve not been before.